On the sad news of the passing of chef Roger Fessaguet, 82, much mention is being made of his career at the marvelous (and also dearly departed) La Caravelle. I did not dine there during his tenure (what with the rather young-being at the time), but certainly felt his legacy when I did so in 2002.

But La Caravelle wasn’t Fessaguet’s only venue. As noted in his New York Times obituary, “In 1967, he became an owner of Le Poulailler, a restaurant near the recently opened Lincoln Center. He and his partners sold it in 1981.”

As is customary around these parts, I turn to Seymour Britchky for his account.

From the 1976 printing of “Seymour Britchky’s New, Revised Guide to the Restaurants of New York”: 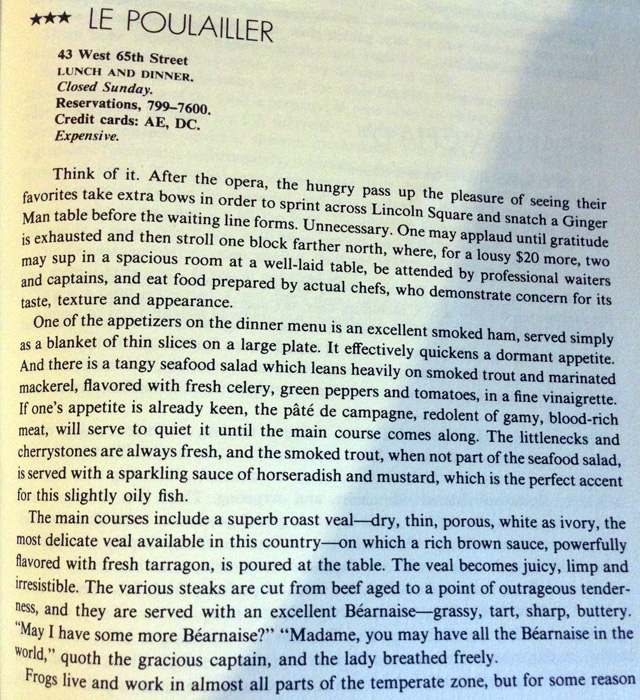 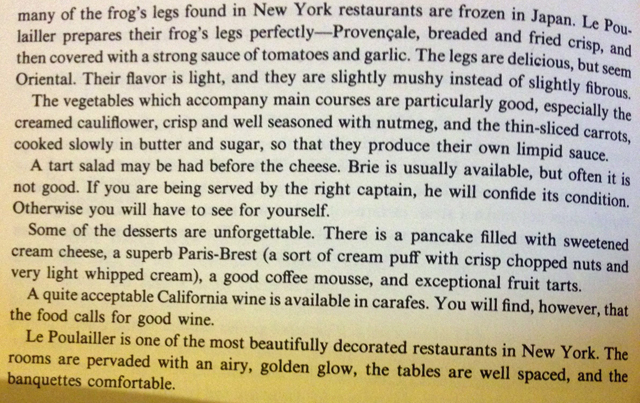