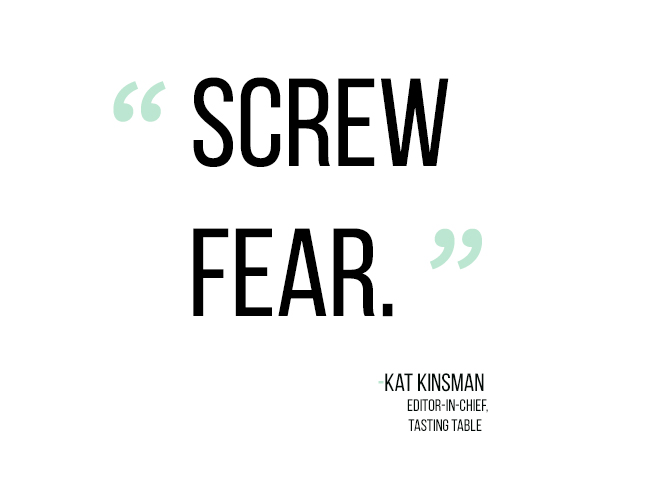 YOU HAVE AN MFA IN METALSMITHING. FIRST OF ALL, THAT’S AWESOME. BUT SECOND, HOW DID YOU END UP IN A CAREER AS A FOOD WRITER?
Thank you! When the apocalypse comes, I can forge weapons and tools for people. I’ve had a really strange career path that somehow all led up to this. I moved to New York City thinking I was going to be a seeeerious arrrrrtiste, and worked for a billion different established artists for a while before realizing that I’d stopped making any work of my own. Then I was the office manager for a psychiatrist and a graphic design firm because I was scared to make any work of my own. Then I got mugged on my doorstep by seven guys and thought, “Screw fear.” I worked as an art director for a few publications (CitySearch, Maxim Online, FHM Online) and skulked around the edges making sure that writing was part of the gig. I took a multi-year detour to the product and advertising side and when I had a chance to take on a summer grilling editor job at AOL, I grabbed it and never looked back.