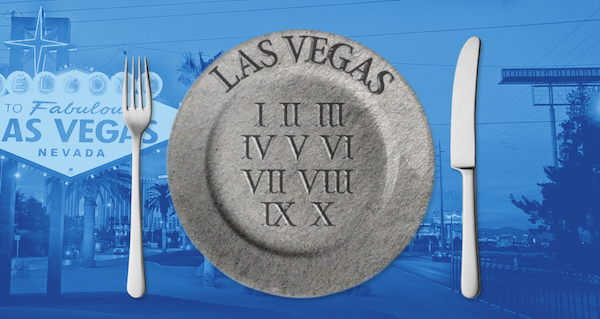 Tasting Table editor-in-chief Kat Kinsman is here to set the record straight: Your notions of Las Vegas as a cesspool of gaudy filth unworthy of your time and money are completely misguided. That’s not to say, of course, that Sin City is without its tawdry temptations. “I lost my vegetarianism on a $3.99 steak-and-egg special at the Tropicana’s coffee shop within an hour of the first time I landed, and I thought I was rolling pretty high.”

Kinsman has been prowling the Strip since 1999, when she says a new era of Vegas dining and drinking began to take shape with the opening of the Bellagio. “I’d argue that it’s turned into one of America’s great culinary destinations, based on sheer number of killer culinary opportunities per square mile. Now some of the world’s finest chefs and bartenders boast outposts that they *gasp* actually show up or cook/mix drinks at on a regular basis—AND mere mortals can get a reservation.”

Based on many years of trial and error, Kinsman gave use the inside scoop on her fool-proof guide for eating and drinking in Las Vegas. With her commandments, you too may experience one of the “sharpest juxtapositions of grotesquerie and bliss possible.”

Get my 10 Vegas Commandments at First We Feast