Thanks to the glorious Maria Yagoda for her story “8 Things Someone with Anxiety Wants You to Know” on People.com

Like millions of Americans, writer and Extra Crispy editor Kat Kinsman suffers from anxiety. In the first chapter of her new book, Hi Anxiety: Life with a Bad Case of the Nerves, Kinsman recounts the moments in kindergarten when she first realized she was … “nervous.” When asked to read a passage in front of the class, she froze, biting her lips and losing control of her hands, which trembled against her will. For the rest of her life, Kinsman would be grappled with panic attacks, self-doubt, depression and the not-so-basic facets of being a human: Leaving the house. Maintaining relationships. Getting through crowds. Surviving the holidays.

Kinsman spoke with PEOPLE about what she wants people to know about anxiety, and the reality of living with it.

“You won’t necessarily see it in somebody. It’s not just like somebody sitting there acting nervous and biting their fingernails. If you’ve suffered from this your whole life, you know how to mask it. You can have somebody standing in front of you having a panic attack, and you might not know it. People wouldn’t necessarily ever think I was an anxious person until I told them. I was like, ‘No, I actually had a panic attack that lasted several hours yesterday.’”

Read the rest at People.com. 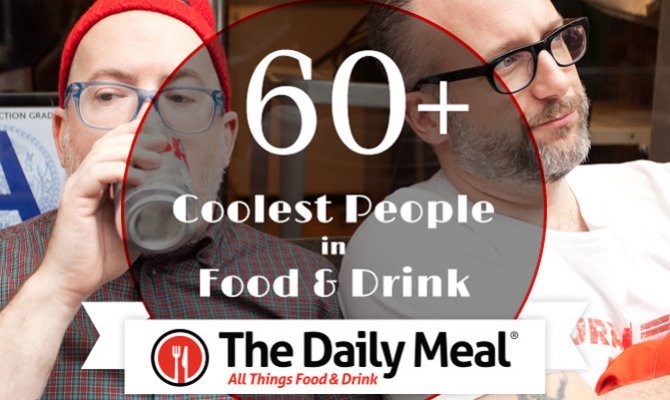 Well this is neato! I made The Daily Meal’s list of The 60 (Plus) Coolest People in Food and Drink alongside folks I greatly admire, like Andrew Zimmern, Amanda Cohen, Dave Wondrich, Randall Grahm, John T. Edge and others. Take that, high school tormentors! 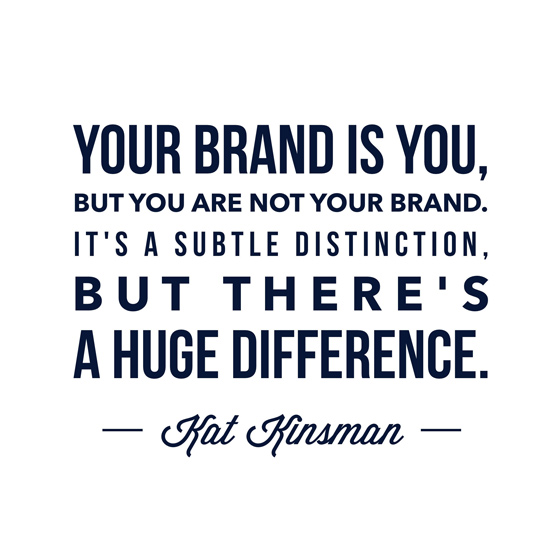 That’s a li’l bit from an article I wrote for BlogHer called How to Promote Your Personal Brand … Minus the Ickiness. (Speaking of, I’ll be on a panel called You As a Brand: Breaking Free to Build a More Authentic, Meaningful Personal Brand at BlogHer on July 17, should you happen to be attending. Which would be lovely.

As the editor-in-chief of Tasting Table, Kat Kinsman — like most fortunate food journalists — has a job that entails eating a lot of excellent meals. (Before TT, she worked as the managing editor of CNN’s Eatocracy.) And so this week, Kinsman treated a hard-working colleague to lunch at Babbo, hosted a dinner with Hugh Acheson, and traveled to Chicago for the James Beard Awards, where she stopped by Avec, Big Star, and a whole lot of other restaurants, all within a span of two days. Even when a server called her order “aggressive,” she didn’t slow down.

TastingTable.com, the premier online destination for culinary enthusiasts, has named Kat Kinsman as Editor in Chief. In her new role, Kinsman will oversee all editorial content for the multiplatform media company, which delivers discerning dining advice, chefs’ recipes and news from the world of food and drink across email, Web, social media and mobile.

“During the past six years, we’ve established Tasting Table as a must-read for culinary obsessives,” said Geoff Bartakovics, co-founder and CEO. “Kat is not only a highly respected journalist, she’s also a longtime digital and social media maven whose broad interests will help to expand Tasting Table’s focus on the larger lifestyle surrounding the world of food and drink.”

Weirdly, this year, I’ve been in magazines and stuff.
Paper: Twitter Gangs of New York: The Culinary Crew
Food & Wine: The Fabulous Beekman Boys’ Barn-Raising Potluck with recipes!
– Tomato Lemonade
– Bacon-Bourbon Brownies with Pecans
Time Out: How to be a food writer
Odd. It’s all just very odd.