I’m ridiculously excited that Eater selected my posthumous profile of restaurant critic Seymour Britchky as one of their 21 Best Longform Food Stories of 2015.

From Seymour Britchky’s “The Restaurants of New York: 1989” his thoughts on Donald Trump, in four parts. 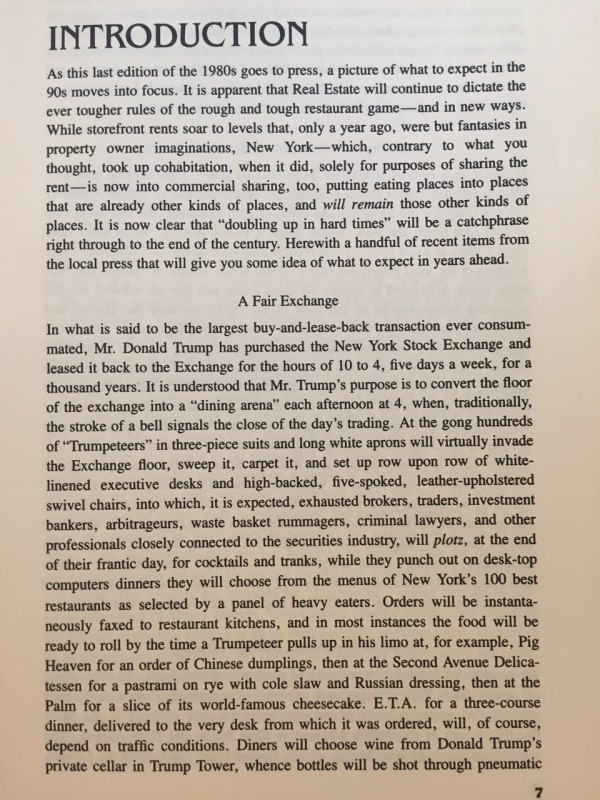 END_OF_DOCUMENT_TOKEN_TO_BE_REPLACED

OK, I do frequently, but finally I did so at length for Tasting Table.

You never dine alone in New York. There may be a single place setting, one napkin, a solitary fork trailing through the rustic berry crumble, but there is always a ghost next to you at the table. It’s a small city of infinite souls, constantly writing, erasing and rescribbling its history on top of itself.

As you take a bite of grass-fed steak tartare, you think to yourself, Didn’t this restaurant used to be called something else? I think that’s the chef who worked downtown at . . . where was that? I could have sworn this used to be the bar where . . . remember? Remember?

The details fade. The addresses change. The names get hazy. For two all-too-brief decades, self-appointed restaurant critic Seymour Britchky made it his mission to capture it all in shockingly astute, hilarious, quotable prose before disappearing in his own right to become one of the city’s best-fed (and, essentially, forgotten) ghosts.

On the sad news of the passing of chef Roger Fessaguet, 82, much mention is being made of his career at the marvelous (and also dearly departed) La Caravelle. I did not dine there during his tenure (what with the rather young-being at the time), but certainly felt his legacy when I did so in 2002.

But La Caravelle wasn’t Fessaguet’s only venue. As noted in his New York Times obituary, “In 1967, he became an owner of Le Poulailler, a restaurant near the recently opened Lincoln Center. He and his partners sold it in 1981.”
END_OF_DOCUMENT_TOKEN_TO_BE_REPLACED

From Seymour Britchky’s 1976 edition of The Restaurants of New York — Joes Pier 52. From Seymour Britchky’s 1982-83 edition of The Restaurants of New York — Ten Sensible Rules About Going To, Eating In, Paying At And Departing From New York Restaurants.
Click to enlarge. 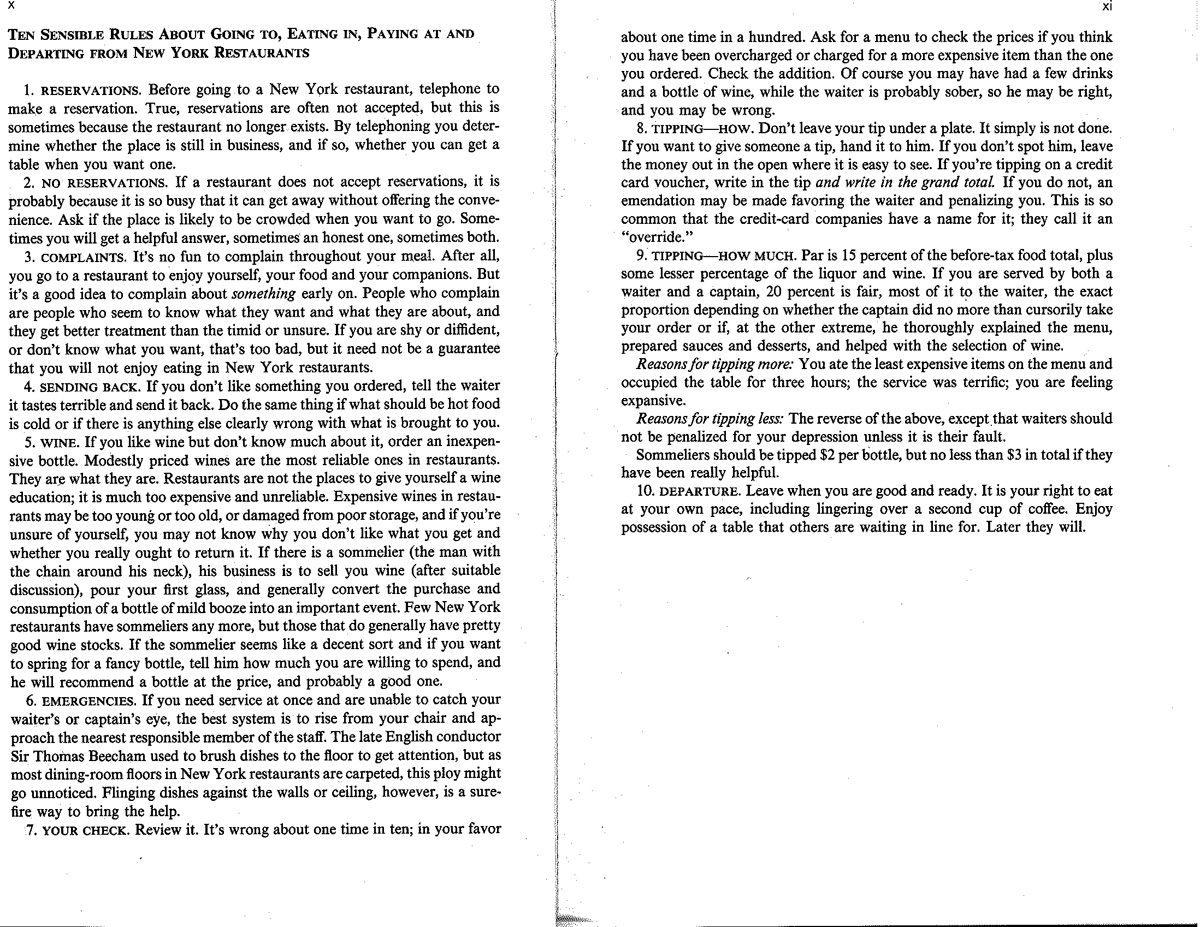